I Talk About My Origin Story Part 2

It's nearly Christmas in Colorado Springs in 1996. An ambulance carries the cargo of a 10 year old who is learning to live inside a body recently diagnosed with the chronic disease diabetes type 1. Although the ambulance ride is smooth, he is crashing. 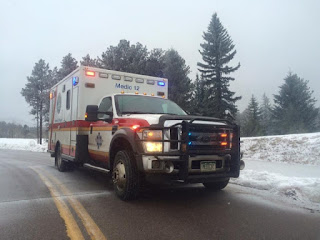 After being brought in to the hospital with a blood sugar well over 900, the hospital staff took aggressive corrective measures. His blood sugar dropped. It plummeted through 800. Took a nose dive past 600. It kept cascading down past 400. Something he would later learn is, with diabetes, everything has a time cost associated with it. High sugars cost time off his life. Even so, for sugar to crash this quickly, it could lead to a rapidly crashing lifeline: a finality of closing eyes; consciousness stolen by a coma. This reality is something by which his mother could not abide, so she pulled strings and got him a ride to a different hospital. On the way, to try to counteract the damage of rapidly dropping blood sugar, medical personal have put in a secondary IV and are pushing in a mixture of sugar and water. Diabetes is about balance. The drop caused by the first hospital must be counteracted.

In the ambulance, I distinctly remember several kind faces. Some hands holding mine. Voices saying, “It’s going to be okay” along with other medical jargon that I would later learn was like another language which translated into trying to save a life. I remember a large syringe of cloudy liquid — a syringe filled with sugar water pumped intravenously into my arm. At this point, I had an IV in each arm and the makings of a story to one day tell. 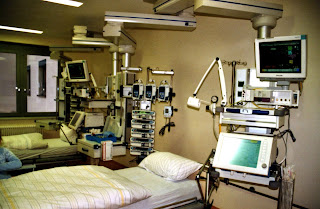 When I get to the new hospital, I am rushed into a room with many staff. I want to go to sleep. They are doing their best to keep me awake. Another IV is placed into my right arm. To keep the arm steady, a board is secured to the bottom side of it. My father enters the room, blurry either from tears or my vision wanting desperately to welcome sleep. He holds my left hand with his left and lets his right hand rest on my forehead.

I had recently told him about how proud I was to have gotten to sign the science class football because I got a touchdown in the last 15 minutes of the day games we always played. I shyly smiled and let my accomplishment splatter out in several excited sentences. My father listened and beamed back. He repeats this memory to me, hand on my hand, “Just keep thinking about the touchdown you made” as if to say, “if you can get a touchdown, you can make it through anything.” I don’t ask for the tears to be streaming down my cheeks. They act of their own accord and do anyway.

I spend the rest of the night in the ICU.

I awake the next morning having grown accustomed to the beeps and sighs that signify machines keeping tabs on life. The doctors ask how I’m doing. I don’t know how to respond. With tears as my most recent form of communication, a smile breaking through is a welcome change of pace. They ask if I’m ready to do some hard work. I say yes. I want to get out of the hospital by Christmas. I don’t want to have family gathered around a hospital bed as if it’s the centerpiece. I resolve to learn all that I can, to pass their tests, to demonstrate that I can. I do this to prove I can. My family doesn’t understand that I want to feel capable. It takes years to say this out loud.

The first thing that I’m taught are internal feelings and what they could now mean. Shaking hands are no longer only a sign of stress. They could mean low blood sugar or hypoglycemia. The doctors show me a chart.


They do the same for the other side of the coin: high blood sugar or hyperglycemia.

The words low and high take on new layers of meaning.

I learn to take insulin. I'm told about a new world living inside me that I didn't care about until it was broken. My endocrine system suffered a casualty in the form of my pancreas. The doctors say that sometimes people get sick, and this sickness causes the body to attack itself. They think this may have happened to me during my illness over Thanksgiving. My body began to treat the cells within the pancreas as enemies and, as a result, my body no longer produces insulin. Insulin allows the body's cells to take in sugar. Without insulin, the body stopped metabolizing sugar and began breaking down both fat and muscle which was why my weight had dropped so significantly so quickly. I was participating in an unwitting hunger strike.

I'm given two different vials of insulin: Humulin R and Humulin NPH. Humulin R is regular insulin that I will take 30 minutes before every meal in order to stop tons of extra sugar from flooding my veins. Humulin NPH is long acting insulin I will take twice a day to keep my sugar level throughout the day. They show me how to pinch a spot of skin on my stomach in order to inject the insulin; they show me how to roll the insulin between my hands to make sure it's mixed; they show me how to inject air into the insulin vial first so I can pull out the required dose. I am reminded again of balance.

During this time of learning and work, my family visits daily. A friend comes by with a Super Nintendo and a copy of Kirby Super Star, a game I loved. It is about a small pink blob that eats things and can gain their power. The irony is lost on me then. 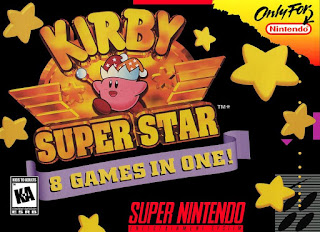 I spend a few days in the hospital with the goal of getting out before Christmas comes.

I don't remember how many days I spend in the hospital, but I remember I get out just before Christmas. I've been given a gift by my stay at the hospital. I have a new set of rules for my body, but that's not what I notice most.

I see clearly. This is no metaphor. For the next few weeks after leaving the hospital, I don't need any glasses or contacts to see clearly. It is a strange gift, but it has come in handy over the years since. It is perspective, and it is a power not often gifted.

I see how broken this system is. I see that the medications several people need to live are locked behind pay gates. I see there is very little to no accountability placed on pharmaceutical companies who have raised their prices to unsustainable levels. I see that I am a victim of this system as well as one who benefits from it.

Seeing clearly is my super power. And I will use it to lobby for change.

I Do Front Flips

So, by now you've probably learned that I have an active life style. I do everything from dance to gymnastics. And something that I want... 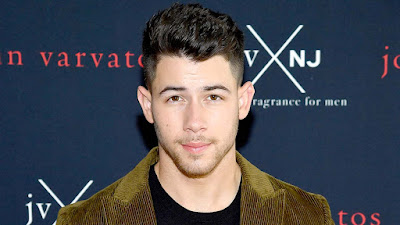